Sir Joseph Dalton Hooker – a member of the X Club

Sir Joseph Dalton Hooker – as well as being a member of the X Club – was one of the greatest British botanists and explorers of the Victorian era. He is considered by historians to be Charles Darwin’s closest friend. He was Director of the Royal Botanical Gardens, Kew, for twenty years, in succession to his father, William Jackson Hooker. Alas, unlike the other members of the X Club, he was not a supporter of women’s rights, particularly in regard to his beloved Kew Gardens; there were no women employed as gardeners or scientists during his directorship and few women scholars were awarded permission to use the facilities. To be fair, he did employ botanical artist, Matilda Smith, for 43 years from 1878.

Joseph Dalton Hooker as a young man and a bit of a dish.

It is hard to pick just one or two adventures from Hooker’s explorations, but most interesting to me as an Australian was his attendance on an expedition to Antarctica, since he spent time in both Australia and New Zealand. He also explored the Himalayas, India, Morocco, Palestine, and the Americas, and worked extensively in Great Britain as a palaeobotanist. But I find the “Ayrton Controversy” to be of the most interest, particularly as it occurred at the same time as I have set my Steampunk novel, the early 1870s.

One of the rare days Kew Gardens was open to the public in the 1870s.

Quote: [Ayton’s] appointment as First Commissioner of Works by Gladstone in 1869 was greeted in The Times with the prophecy that it would prove “another instance of Mr. Ayrton’s unfortunate tendency to carry out what he thinks right in as unpleasant a manner as possible”.

Acton Smee Ayrton was an unscrupulous British politician with a chip on his shoulder. (And I was thrilled to find Smee was a real name! I can’t help but wonder if J M Barrie was thinking of this case while writing Peter Pan, with the resemblance of the names to that of Captain Hook and his bosun, Smee.) He made a concerted effort to have Kew Gardens taken away from Hooker so that the funding for Kew Gardens could be diverted to other projects. Ayrton approached Hooker’s colleagues and employees behind his back, with the aim of getting Hooker to resign. Ayrton actually took the making of staff appointments out of Hooker’s hands.

Ayrton didn’t value the scientific work taking place in the botanical sciences, and planned to convert Kew Gardens into just another park. He kept up a constant barrage of petty attacks on Hooker and his reputation, and on the reputation of his father, Sir William Jackson Hooker, Regius Professor of Botany, who had also been a Director of Kew Gardens. This pressure was kept up for over two years, driving Hooker to despair.

From Wikipedia: Finally, Hooker asked to be put in communication with Gladstone’s private secretary, Algernon West. A full statement was drawn up over the signatures of Darwin, Lyell, Huxley, Tyndall, Bentham and others. It was laid before Parliament by John Lubbock, and additional papers laid before the House of Lords. Lord Derby called for all the correspondence on the matter. The Treasury supported Hooker and criticised Ayrton’s behaviour.
One extraordinary fact emerged. There had been an official report on Kew which had not previously been seen in public. Ayrton had caused this to be written by Richard Owen. Hooker had not seen it, and so had not been given right of reply. However, the report was amongst the papers laid before Parliament, and it contained the most unscrupulous attack on both the Hookers, and suggested (amongst much else) that they had mismanaged the care of their trees, and that their systematic botany was nothing more than “attaching barbarous binomials to foreign weeds”. The discovery of this report no doubt helped to sway opinion in favour of Hooker and Kew (there was debate in the press as well as Parliament). Hooker replied to the Owen report point by point in a factual manner, and his reply placed with the other papers on the case. When Ayrton was questioned about it in the debate led by Lubbock, he replied that “Hooker was too low an official to raise questions of matter with a Minister of the Crown”.
The outcome was not a vote in the Commons, but a kind of truce until, in August 1874, Gladstone transferred Ayrton from the Board of Works to the office of Judge Advocate-General, just before his government fell. Ayrton failed to get re-elected to Parliament. From that moment to this, the value of the Botanic Gardens has never been seriously questioned. In the midst of his troubles, Hooker was elected as President of the Royal Society in 1873. This showed publicly the high regard which Hooker’s fellow scientists had for him, and the great importance they attached to his work. 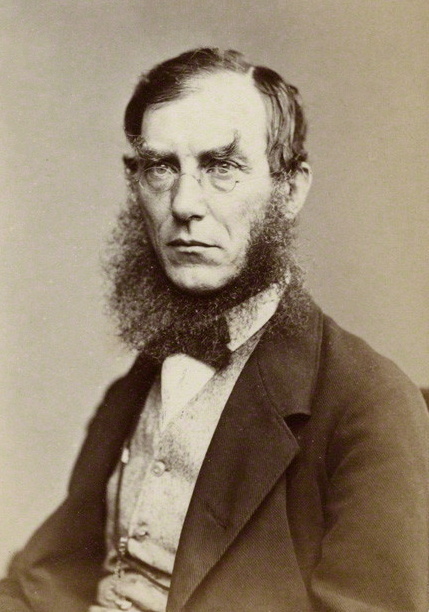 Wasn’t Ayrton a cockroach! As it was, Hooker overcame this sneak attack on his reputation. He remained friends with Darwin, and was one of the people who supported his theories both publically and privately. He has a small cameo role in my Steampunk narrative, where he comes off as rather too busy to be concerned with my protagonist’s wish for a scholar’s pass to the gardens. And now we all know why…