The ‘dick’ in Charles Dickens name is well deserved. As much as I admire his writing and his social activism, he was just a man, and not a very nice one where his wife and mistress were concerned. He treated them both quite shamefully, privately and publicly.

Catherine was the eldest daughter of George Hogarth. George Hogarth was a Scottish journalist for the Edinburgh Courant, later becoming a writer and music critic for the Morning Chronicle where Dickens was a young journalist, and later the editor of the Evening Chronicle. I may be a cynic, but I can’t help wondering if Dickens married Catherine as a way of furthering his own career.

Catherine in her youth.

In many biographies of Charles Dickens, I have seen Catherine characterised as dull, ugly, compliant, and a terrible mother and housekeeper … all words used by Dickens when he was validating his separation from his wife of twenty years. And yet, in 1851,  Catherine Dickens published a cookery book, What Shall we Have for Dinner? Satisfactorily Answered by Numerous Bills of Fare for from Two to Eighteen Persons. It went through several editions until 1860. She took minor parts in plays produced by her husband. She had ten children – which would be a strain on any mother and housekeeper. Portraits of a young Catherine prove she was an attractive woman, and even in middle age she certainly wasn’t ugly. As usual, history has taken Dickens’ version to be the correct assessment of his wife; he blamed her for their ten children as if he had no part in their births.

Charles Dickens as a young man.

Catherine’s two younger sisters, Mary and Georgina, also lived in the Dickens household as companions and aids to Catherine. There has been much speculation that Dickens had romantic relationships with both of these women as well. Little Mary entered the household at fourteen, when Charles and Catherine married, and died four years latter at seventeen. If Charles Dickens did romance her, it makes him a paedophile at the very least, which is a distasteful prospect. Georgina was fifteen when took Mary’s place in the Dickens’ menagerie. 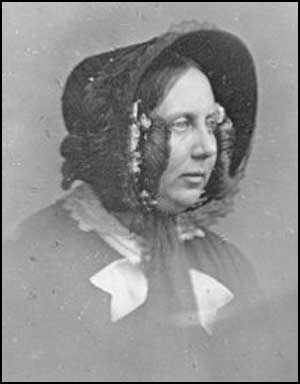 Catherine Dickens in her middle age.

Like many married men today, Dickens shed his wife for a younger model when he had his midlife crisis. It became a well-known rumour that Dickens was behaving badly, and Dickens publicly humiliated his wife, children, sisters-in-law, and his mistress by putting letters of ‘explanation’ in various newspapers and magazines.

“Some domestic trouble of mine, of long-standing, on which I will make no further remark than that it claims to be respected, as being of a sacredly private nature, has lately been brought to an arrangement, which involves no anger or ill-will of any kind, and the whole origin, progress, and surrounding circumstances of which have been, throughout, within the knowledge of my children. It is amicably composed, and its details have now but to be forgotten by those concerned in it….By some means, arising out of wickedness, or out of folly, or out of inconceivable wild chance, or out of all three, this trouble has been made the occasion of misrepresentations, most grossly false, most monstrous, and most cruel – involving, not only me, but innocent persons dear to my heart…. I most solemnly declare, then – and this I do both in my own name and in my wife’s name – that all the lately whispered rumours touching the trouble, at which I have glanced, are abominably false. And whosoever repeats one of them after this denial, will lie as wilfully and as foully as it is possible for any false witness to lie, before heaven and earth”.

I translate this as “I am a literary genius and I can do what I damn well want!”

Ellen Ternan around the time she met Charles Dickens

Dickens’ mistress was eighteen when the affair started, while he was 45. Ellen Ternan was a from actress from a family of thespians. She has been described – again using Dickens’ very own words – as ‘clever and charming, forceful of character, and interested in literature and the theatre’. And the evidence? She remained invisible once she took the role of mistress; that doesn’t say ‘forceful’ to me. Dickens – who bitched that his wife had kept him poor by having ten children – was able to afford a residence for Miss Ternan, who lived there under an assumed named and Dickens visited her under an assumed name. Again, that isn’t very forceful. There is no evidence to her wit or cleverness, but photographs do show her to be a pretty woman. (And Ellen resembles Catherine Hogarth at a similar age.)

At the same time that Dickens became enamoured with this new paramour, he started finding fault with his wife. He insulted her intelligence, her weight, her looks, her housekeeping and labelled her an incompetent mother. He was a man running down the mother of his ten children, because he wanted her to be the villain of the piece. As a literary genius, he felt he deserved a pass card to take a young mistress and blacken his wife’s good name. Not cool, Charlie, not cool; then or now, a man in a midlife crisis is not a pretty sight. 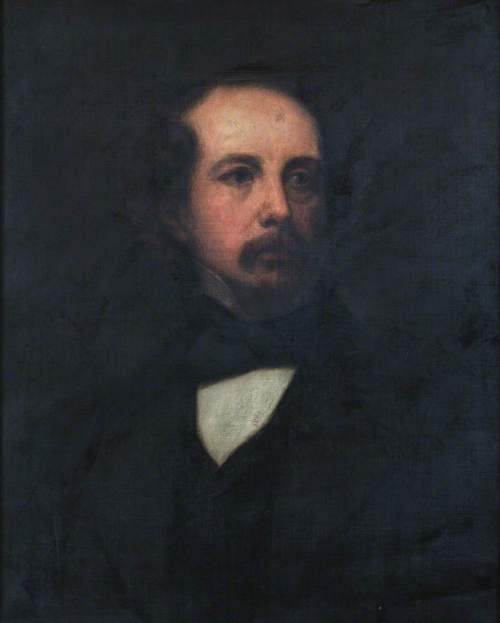 And so, Dickens separated from the stoic Catherine, with him keeping nine of their children, the family home, and her sister Georgina, while Catherine went to live with their son, Charles junior. Some people have judged Georgina harshly for staying – to look after her sister’s children. Was Georgina siding against her sister, as the accepted theory? Or did she remain to give those children some security for her sister’s sake? Personally, I am inclined to believe the situation was complex, and Georgina loved those children for their own sakes, as well for her sister’s sake, and maybe even out of family affection for Charles Dickens. She remained with Dickens until his death, and went on to collect and publish his papers (with Mamie Dickens) after his death. 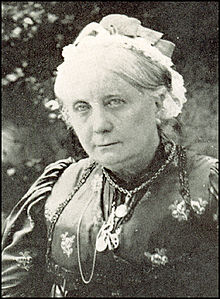 Charles Dickens died in 1870, aged 58, and Catherine died in 1879, aged 64. On her deathbed, Catherine gave the collection of love letters she had received from Dickens to her daughter, Kate, with the poignant parting shot: “Give these to the British Museum, that the world may know he loved me once”. Ellen Ternan married six years after Charles Dickens’ death, to man she kept in the dark about her role as Dickens’ mistress. They had two children, and it appears that Ellen accepted and treasured respectability in the last half of her life. The Dickens family were complicit in keeping their patriarch’s dirty little secret, until all his children were dead.

I can’t help but admire Catherine Hogarth for her grace and her forgiving nature. Even though Charles Dickens obviously broke her heart, she did not stoop to his level of name calling. I feel sorry for poor Ellen Ternan, who was ‘taken under the wing’ of a powerful, famous man who hid her away all the years of her youth. I am sympathetic to Georgina Hogarth, who put the Dickens children first, and I pity poor Mary Hogarth who died before her time. I do NOT feel any sympathy for Charles Dickens, who acted as if his midlife crisis was all the excuse he needed to act in the most dastardly manner.

I have witnessed this same process happening first hand, when married men want to justify  their bad behaviour. They demonise their wives, to make themselves the heroes in their own narrative. It is nasty and cowardly, laying blame on the wife rather than being a grownup and taking responsibility for your own actions. Dickens was a great writer, but he used the cliché that ‘the wife doesn’t understand me’ to ill effect in his own personal narrative. Shame on him. Lazy writing made real.