My ongoing relationship with comics and graphic novels

One of my ambitions is to write the script for a comic book or graphic novel. I do not see the comic book genre as second rate when compared to prose books or poetry. Indeed, I would argue that some graphic novels are at the same level as many literary classics; works like Maus, or V is for Vendetta. Of couse, I didn’t start out reading such wonders of fiction.

My first comic book experience was with the Harvey Comics of the 1960s: Casper the Friendly Ghost and his friend, Wendy, with an entire cast of spooky friends and family; Richie Rich; Little Dot and her best friend, Little Lotta; and that ilk. They don’t make comics for such a young audience these days. I doubt anyone would print a comic like Little Lotta these days because of her size and eating habits, which is a shame.

Lotta broke most of the stereotypes of the ‘fat girl; Lotta’s storylines fulfilled two childhood fantasies: the satisfaction of unrestricted eating without embarrassment or shame, and enormous physical power. When you realise that Lotta was empowered girl, in an era where most media followed strictly patriarchal discourse, I often wonder why she isn’t a feminist icon. You have to admire Harvey Comics for publishing just as many female character comics as male ones.

As an aside, was Little Dot the original fangirl, with her obession for all things spotted, doted, and maculated? 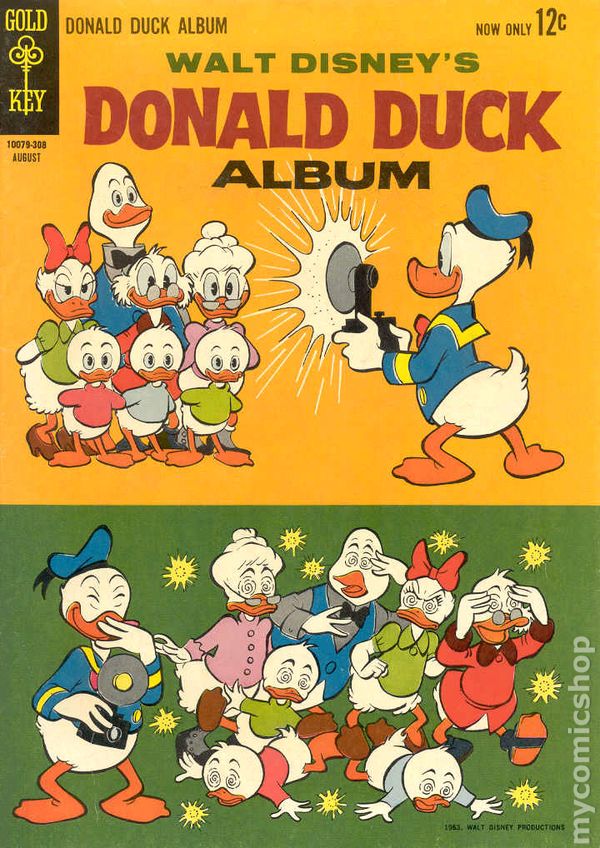 As I grew older, I started reading the Disney comic books. Seriously, the were the best! My favourite characters were Scrooge McDuck – odd when you consider I hadn’t been a big fan of Richie Rich – and the inventor Gyro Gearloose (and his little Helper). I often found Daisy and Grandma too conventional, but the wicked Magica De Spell was everything I wanted from a female character, Goth clothing like Mortica Addams, powerful magic, she was her own person and in charge; and she was Italian (and when I was nine, I thought everything Italian was the very best). I flipped straight into Archie comics well before I understood the love triangle. Betty was my favourite character (and still is), because her storylines often included writing, reading, and journals. As I’ve grown older and I am the mother of two women, I often wish I could give Betty a good shake. Archie just isn’t worth all her heartbreak! And it annoys me that a clever girl would waste her time with such an oridinary boy. But here is the rub – the Archie universie is contantly being reinvented. Here we are in the Teens of a new millenneum, and even though the television show, Riverdale, only bears a loose resemblance to the comic, it is successful and popular with fans of all ages. (I was horrified when I realised who the actor was playing Jughead. Lordie, I’m getting old.)

Even though the Archie comics gave lip service to Second Wave Feminism, even now it is quite mysogynistic. The competitive relationship between Ronnie and Betty is the worst offender, followed closely by the Archie-is-always-right-in-the-end discourse. However, they did have little gems like The Double Standard pop up once in a while. It might be due to the fact the comic was originally meant to be a platform for the Betty character, but at least two of the three main characters of the Archies are girls. 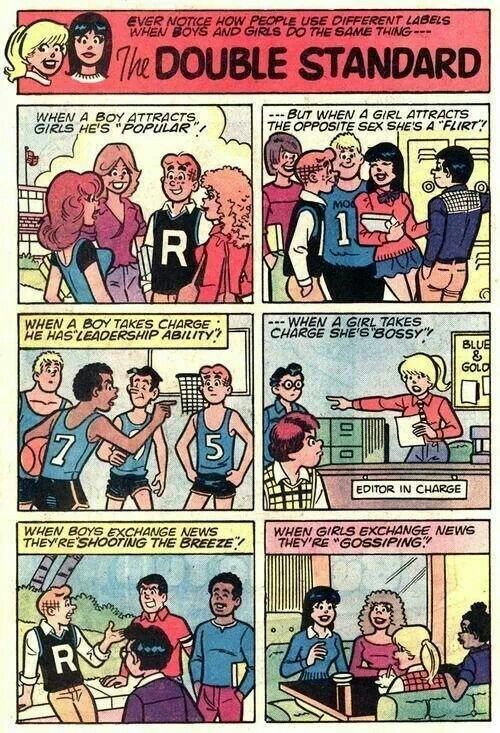 At the same time I ‘grew’ into Archie comics, I discovered superhero and horror comics. I didn’t see the sexualization of the female forms in just the same way I didn’t understand the Archie-Veronica-Betty relationship. I did wonder why there were so many more male superheroes than female. I did wonder why Lois Lane preferred Superman to Clark – Clark could write! I also wondered if Cadbury (Richie Rich’s butler) and Batman’s Albert ever got together to bitch about their wealthy playboy charges – now there is a movie I’d pay to see!

I inherited most of my horror comics from my male cousins, who collected them secondhand shops. These comics were often decades old. I was already a nervous child with an over-active imagination, and these elderly, dusty comics were the nitro added to my glycerine. I quickly became addicted to the thrills provided by horror comics, while at the same time loathing the nightmares they seemed to inspire. The stories in the horror comics were often better written than anything in the superhero comics, and even as a preteen I preferred a good story over anything else. I was reading books at this point, books like I Robot and A Wrinkle in Time, but comics still interested me.

I discovered Tintin and Asterix in Grade Seven, and read every single copy in our school library in a month.

At university, I was still reading comics. Archie digests, Batman, Superman, they were a great way to wind down after some intensive study. Yet … I didn’t consume them as much as I had as a highschooler. It didn’t help when I went to a so-called comic convention and was pretty much rejected by my comic-reading peers for being a girl. So, I read the odd Mad magazine and collected random Archie digests at secondhand bookstores. I was no longer a major comic consumer.

Then, in my late thirties … I discovered graphic novels.

The Doctor Who Christmas Special 2016

Finally! A new Doctor Who episode and it was everything I had hoped for. Be aware, SPOILERS SWEETIE! Please watch the episode before reading this review, or I can’t be held responsible to ruining some great moments.

The Christmas episodes are usually in a category by themselves, and The Return of Doctor Mysterio was no exception. I was particularly impressed with the way the writers linked this episode to The Husbands of River Song, and the perfection of the casting choices. And – again – London was in danger of an alien invasion and yet didn’t TURN UP on screen. Instead, the setting was New York.

For a comic book themed episode, New York is the perfect choice. It is an open secret that New York was and is the main inspiration of the Metropolis of the Superman comics. As well, it was the setting for the Watchmen graphic novel written by the famed comics writer, Alan Moore, illustrated by artist, Dave Gibbons, and given life by the colourist, John Higgins. Both these comics heavily influenced the look, the plot, and the story line of  The Return of Doctor Mysterio. 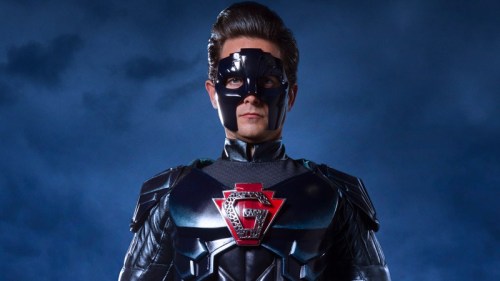 The Ghost, who has Superman’s powers, but his costume resembles a modernistic Batman. In personality, he reminds me of Nite Owl from Watchmen, well meaning and trying to do the right thing. He does have the classic comic book characteristic of unrequited love for Lucy.

My favourite bits were the interaction between the Doctor and Nardole. Matt Lucas is a genius when it comes to making likeable characters out of unpromising material. Nardole, originally as a character, was rather sweet and clueless, but he has grown into a lovely person with a real fondness for the Doctor. His best line: Yes, yes, go save the planet. You always do that when the conversation turns serious. I may be misquoting this, but that is the general gist of Nardole’s comment. He isn’t clueless so much as single minded. As a companion, he is probably the best ever at understanding who the Doctor really is and what his motivations are. 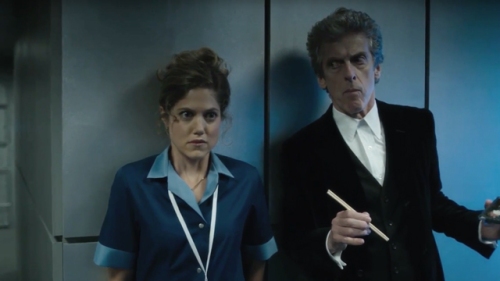 Lucy, our intrepid girl reporter, is more than the vapid love interest – though she does end up in need of rescue. She is less a damsel, and much more a dragon lady. And she is a single mother, happy to leave her child with a male nanny.  She has the Doctor dancing to her tune by the middle of the episode.

However, I also enjoyed the Doctor eating sushi while spying on the alien invaders. (As a big fan of sushi myself.) The humour in seeing the Doctor snacking it what should have been a serious and tense moment was physical humour at its best in Doctor Who. There were many moments of both physical humour and witty dialogue, as it should be in a Christmas episode.

This episode did a fine job of deconstructing the stereotype of the comic book superhero, as well as adding a wistful epilogue to the previous Christmas episode. My husband didn’t like this episode, but he didn’t read comic books as a child and doesn’t particularly enjoy graphic novels (Nobody is perfect). As a fan of both comics and Doctor Who, I enjoyed this episode both intellectually and it was satisfying emotionally. You can’t ask for more than that!