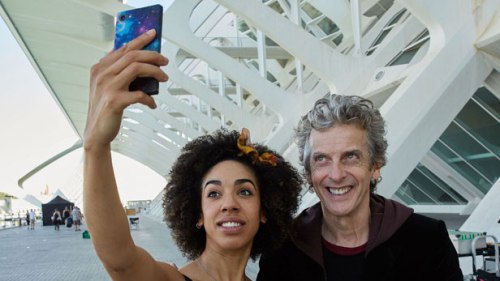 I like Bill. She is her own woman, and she will NEVER fall in love with the Doctor. She likes him for himself, even when she finds out he is an alien. Pearl Mackie seems to have hit the right note and is off and running as the new Companion. Did you little nod to Ace, in the sense that the Doctor is her Professor? She reminds me of Ace in that she is a fighter, and not a screamer or a whiner. 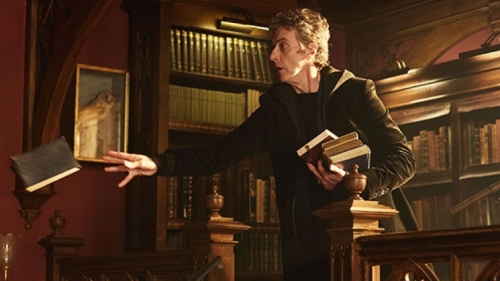 There are a few reasons Bill reminds of Ace. When we first meet Ace, she is a waitress. The Seventh Doctor took a special interest in Ace’s education, and Twelve has shown a similar interest in Bill’s education. There was an ongoing rumour that Ace was a lesbian (her relationship with Karra), which an overt part of Bill’s characterization. Ace favoured jackets with patches, and so does Bill. Like Ace, Bill isn’t overawed by the Doctor, with my favourite quote  from this episode being,  “You run like a penguin with its arse on fire.” 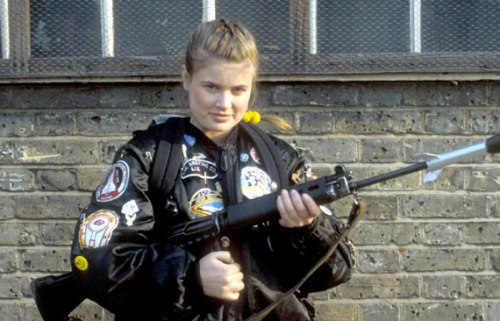 Ace, the Last Companion in the original series. 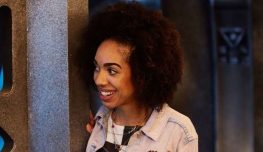 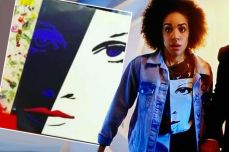 Bill aside, I was very taken with the Doctor’s study, and the photos on his desk in particular.

Dear, darling River and his granddaughter, Susan, featured prominently on the desk. For me, seeing those photos was a high-point of the episode, as it showed who was still important to this Doctor’s hearts (two photos for two hearts, geddit?). Oh, what I wouldn’t give to have an day or three exploring the contents of that study. What are the books on those shelves? What are the knickknacks – and their significance? Why the stuffed owl? It is an owl or an alien? 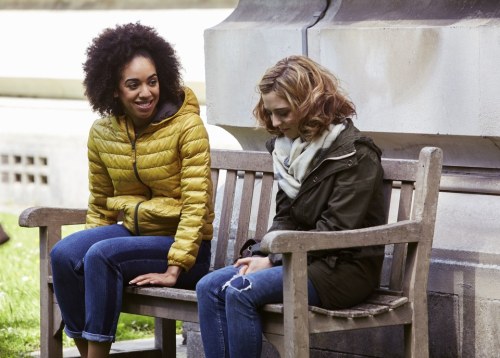 I’m sorry if the plot of the episode seems incidental to meeting Bill and seeing the study. It was a basic ‘monster of the week’ story, with several huge plot-holes. What kind of civilised beings use a conscious fuel for their spaceships? And – for a man who knows the universe – how did the Doctor know so little about the fuel (or those aliens)?

Seriously … Daleks? I couldn’t really see any proper reason for the inclusion of the Daleks.

I did sorry for poor Heather. Incidentally, I have found out that William (Bill) Hartnell’s wife was Heather McIntyre. We all know there is never any coincidences in Doctor Who, so I am sure those names were deliberate choices.

A new Doctor Who episode …AT LAST! I hope Nardole gets the chance to do a little more snarking in the next episode. And I want a macaroon dispenser. 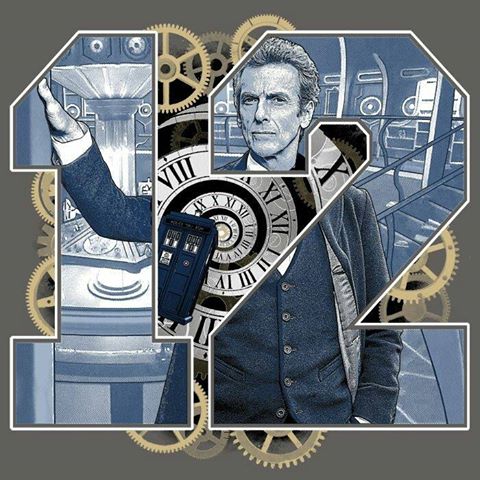