The newest anthology by my Writing group.

I am very proud of my story in this anthology, and it is edited by Aiki Flinthart.

Victorian Bathrooms versus the Steampunk Aesthetic

Re-reading this article, and my opinion hasn’t changed. Decorating with a Steampunk Aesthetic means getting creative!

As I may have mentioned, I am somewhat addicted to research and reference books. Today I found a beauty: The Victorian Bathroom Catalogue. It has opened my eyes to the true excess of the Victorian bathroom; modern plumbing has nothing on the fixtures from the 19th century.

Check out the hooded bath … something I’d never seen until I opened the covers of this book. A hooded bath has the plumbing hidden away, with only the tap fitting and shower head showing. This had hot and cold running water. The outside was decorated, and the inside could be enamelled in ‘any colour that may be desired’. Doesn’t it look luxurious?

As you can see from these images, plain white porcelain wasn’t your only option. Everything came in heavily decorated versions, because the Victorians were obsessed with ornamentation. Even the most functional item…

Where Do you Get Your Ideas?

That is a sentence I’ve heard many times, and I know every other writer gets the same query: Where do you get your ideas?

I’m going to give you an answer. However, this is just one answer to a process that has a multitude of answers, all of them correct. Every writer will have their own process, and if they are anything like me, they will have more that one way of getting a writing idea.

Inspiration: Inspiration can come from anywhere: a dream, a news article, song lyrics, something you read in a book that set off a new train of thought (another reason for reading widely). Let’s assume that the shiny pretty distracting you from your writing is just that, a snippet, and not of those lucky instances of a story dropping into your head fully formed. So, you have a glimpse of a story idea.

I always study a new idea, turning it this way and that to see how it holds up. If it seems like a solid concept and not a cliche, I will write it down. For me, the process of writing it down will start my muse working on fleshing out the story. I always have a notebook with me, or I will make a note of it in my computer files.

First Thoughts: First thoughts are the magic beginning to happen. I may have had other ideas that relate to this new one. I look them up, and list them under my previous notes. I might fall down the rabbit hole of research online. I never make any judgement calls at this point, because I never know when two trains of thought might smash together and form art. The goal is make a big pile of ideas – what Neil Gaiman calls compost. I think of it more as a bouquet of random flowers, and I pick my blossoms with enthusiasm.

Working It: This stage is when I will start working on the plot, and cull the unnecessary ‘flowers’. This will result in a very simple and rough plot. Generally, I am a ‘Plot First, Characters Second’ Planner. However, once I’ve developed my characters past the two-dimensional stage, the plot will flip over and start evolving around them. The characters will drive the plot along and not the other way around. Settings will start to present themselves for consideration. I rarely am inspired by a character popping into my head, which is probs why I am a genre writer and not a literary writer.

At this point, I might let an idea ‘rest’. After all, I was working on other projects when the new shiny distracted me. It doesn’t hurt to give your muse a chance to mull the idea over. I’ve got a current short story I’m working on that was much improved by the sudden realisation that the dead woman was the protagonist and not the victim of the narrative. I think the story has gained ‘legs’ with this realisation. If I had rushed to write the story as I first conceived of it, it would have lost this deepening of character and plot.

In Summary: I leave myself open to any kind of inspiration, and then I work the shiny concept up into an idea. Ideas don’t down sleet down from above; they take work. Sorry to disappoint those who thought there was some sort of secret to getting good ideas. 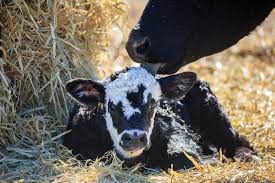 I am currently writing a middle grade book series about living on Australian farms. No horror, no fantasy, no Science Fiction themes … SHOCKING! Just the reality of farm living and some of the agricultural science behind farming practices.

There was a point in my life when I was doing a degree in agriculture, and then swapped into zoology. I love farms, because I spent holidays on farms as a child, and I love animals. My experiences with farms makes it easy to give my farm books plenty of real life incidents and so plenty of verisimilitude.

My biggest problem was finding my writing voice. Once I managed to tap into the mind of a preteen girl, it all started happening. I really like this character, because she is open to the lifestyle changes that come with living on a farm. All the conflict comes from the animals and the character missing her friends & family lift behind when her family moved to the farm.

She is going to have fun over the next four books.

My most recent publication!

Steampunk, and proud of it!