Canadian author L. M. Montgomery is best known for her Anne series, which commenced with Anne of Green Gables and finished with Rilla of Ingleside. The first seven books in the series are basically domestic ‘coming of age’ end in the Victorian and Edwardian eras, and ending before WW1. The last book, Rilla of Ingleside, is more of a war story, as told from the viewpoints of the women left behind as their young menfolk go off to war.

Even though the main protagonists of these books were Anne and her family and friends, the stand-out feminist character in Rilla of Ingleside is Susan Baker, the family’s cook and housekeeper, though she is not treated as a domestic and is considered by Anne & Rilla to be more of a senior family member. Susan is in her early sixties, which makes her an unusual choice for a secondary character in book written for Young Adults. She has a few scenes when she is the comedy relief, but she is the representative of all the older women who threw themselves into supporting their soldiers and their countries while the war was fought.

Dear old Susan! She is a perfect dynamo of patriotism and loyalty and contempt for slackers of all kinds, and when she let it loose on that audience in her one grand outburst she electrified it. Susan always vows she is no suffragette, but she gave womanhood its due that night, and she literally made those men cringe. When she finished with them they were ready to eat out of her hand. She wound up by ordering them–yes, ordering them–to march up to the platform forthwith and subscribe for Victory Bonds.

Montgomery was able to support herself comfortably with her writing, and she avoided accepting marriage proposals for the first part of her adult life. It wasn’t until the release of Anne of Green Gables cemented her success as an author did she eventually marry. Because her novels always feature strong female characters of all ages, we can assume she had suffragist leanings.

All the women ‘who have got de age’–to quote Jo Poirier, and who have husbands, sons, and brothers at the front, can vote. Oh, if I were only twenty-one! Gertrude and Susan are both furious because they can’t vote.

‘It is not fair,’ Gertrude says passionately. ‘There is Agnes Carr who can vote because her husband went. She did everything she could to prevent him from going, and now she is going to vote against the Union Government. Yet I have no vote, because my man at the front is only my sweetheart and not my husband!”

As for Susan, when she reflects that she cannot vote, while a rank old pacifist like Mr. Pryor can–and will–her comments are sulphurous.

Susan Baker is the classic Victorian woman coming to terms with new  social structures that were emerging at the start of the Twentieth Century. She was the ‘voice’ of the mature single woman, to contrast with the married mother, Anne, and the teenager, Rilla. From a Steampunk feminist’s perspective, Susan exemplifies how a sensible woman would manage to remain both respectable and support the rights of women. It is not just the young who feel passionately and deeply about their beliefs. 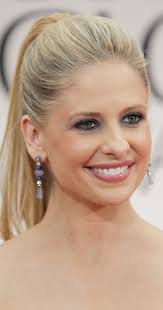 Wouldn’t it be nice to visit with Buffy now that she is middle aged?

Being a middle-aged woman who has been a fangirl most of her life, I find there is a dearth of middle-aged women characters in popular culture (unless you count all the evil stepmothers in fairy tales). And yet, with middle-aged women being one of the largest consumers and creators of pop culture and anything in the fantasy/science fiction genre, you would expect plenty of representation. I can only think of one or two really memorable middle-aged character; most female protagonists are usually very young or very old females.

My favourite is the menopausal witch, Jenny Waynest, in the Winterlands novels by Barbara Hambly.

This image is from the cover of Dragonsbane. That is meant to be Jenny being cradled in the talons of the dragon. As you can see, that damsel is a rather attractive young woman with a strategically torn dress. Jenny is meant to be short, mousy, and not fashion model pretty.

A quick search of the usual fan art sites on the internet comes up with just a few images of Jenny – with only one showing Jenny as a human. Most show her in her dragon form. If I turned up dressed as (the human) Jenny to a cosplay event, I doubt anyone would get my character right. Most would think I was Nanny Ogg or Professor McGonagall, who are considered elderly rather than middle aged (though McGonagall was only middle-aged in the books). Lady Sybil with her husband Sir Samuel Vimes, the Duke of Ankh Morpork

Even Terry Pratchett has only a few middle-aged female characters, like Lady Sybil Vimes and Lady Margolotta (though, as a vampire, does Margolotta Amaya Katerina Assumpta Crassina Von Uberwald really count?). They are only secondary characters, though Sibyl does manage to play a major role in several Discworld novels. Middle-aged women are nearly invisible in Discworld, think Doreen Winkings (vampire by marriage), Mrs Evadne Cake, and the series of humorous landladies that pop up in the books. It must be noted that in all the Tiffany Aching books, we never learn what her mother’s Christian name might be, though we know her father’s name is Joe and her grandmother was Sarah.

(By the way Disney, you couldn’t do better than to convert Tiffany’s books into animated movies. The story for ‘Wintersmith’ will make everyone forget Frozen.)

Thanks to Doctor Who being such a long running show, we have had the opportunity to see characters age, including everyone’s favourite companion, Sarah Jane Smith. Sarah Jane managed to remain feisty, opinionated,and strong willed to the very end; it is a damned shame Elisabeth Sladen died so young and will never get to see an elderly old lady with grit and wisdom. And River Song has to be considered middle aged, even though she isn’t exactly human, as she is played by Alex Kingston who is 53 (same age as me).

Of course, genre has a major impact on the ages of your main characters. In Young Adult fiction, the protagonists are going to be teens or a little older (or at least look like teenagers, even if they are hundreds of years old – I’m looking at you Twilight). Older women might play secondary roles, but they are never going to be the protagonists. However, why does nearly every other television show, movie or dystopian novel assume only young people can be protagonists? Where are the middle-aged female superheroes suffering from menopause and finding it difficult to fit into the same clothes they were wearing in their twenties? Do the genre markers for our various narratives actually encourage ageism?

Captain Janeway – she never seems to garner the same enthusiasm in fans as Kirk, Picard, Sisko or Archer. (Except in slash fiction.)

Genre fiction is supposed to be able to take risks and envision strange, new worlds. So why are middle-aged women so under-represented? If you can think of a middle-aged lady protagonist in any Steampunk narratives (not a secondary character or antagonist) that will rock the world like Buffy, please feel free to let me know!