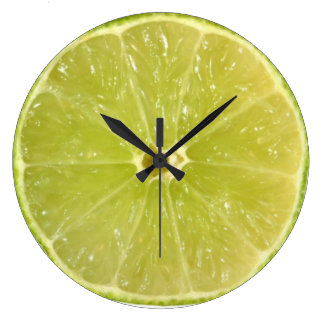 “The captain has requested a cocktail with her dinner this evening,” the first mate told the new cook.

“Did she ask for anything specific?” The cook was straight out of training; this was his first position. He was excited at being on starship and getting to see the galaxy, even on an old tub like the Esmerelda Weatherwax. He was keen to impress.

“Nope. If you have a specialty, make that. She enjoys a drink, or two.”

The new cook decided to go with a classic: a Gin Fizz over ice, decorated with a slice of lemon and a slice of lime. It would work well with the smoked salmon pasta, and he had all the ingredients to hand.

A minute later, the cabin boy was back, close to tears. The Fizz was a fizzle … the glass had been upended in the garden salad.

“It’s not your fault,” whimpered the boy. “Someone ought to have warned you. But the captain wants to see you. Now.”

Captain Ogg had a reputation for being a genial old soul and good to her crew. It was one of the reasons the cook had taken the position on the Esme. So, he was surprised to see the captain looking furious, her face plum-coloured with rage. The plate of pasta hit the bulkhead next to his head, spraying him with dream sauce and capers.

“You’re lucky I don’t space you, boy,” she growled.

“I’m sorry,” said the cook, trying not to tremble. “but I don’t understand what I’ve done wrong. You aren’t listed as having any allergies.” He took a stab in the dark, and added, “I apologise for serving you seafood.”

“So that slice of lime wasn’t a dig at me?” demanded the captain.

The captain relaxed, and the plum turned back to apple in her cheeks. She sighed.

“I guess you’re too young to know of the scandal,” she said. “Just know, boy, that you should never serve lime to an old sailor. Have you ever heard of timelimes?”

The cook shook his head. “It’s not something we covered in chef school.”

“Well, no. It wouldn’t be. Timelimes were once used to help humans adjust to the vagaries of space travel. Time dilation and all that. That was a hundred and sixty years ago.”

The cook swallowed. That was before his grandparents were born. He wisely didn’t share that fact with the captain.

She continued on, “However, timelimes have some mighty weird side effects. It isn’t pretty when your heart ages ten times faster than the rest of you, or your intestine reverts back to when you were three years old. I lost a crew to scurvy, because they all refused to eat the limes, and that was the only citrus we had on board.”

“Indeed. Even a whiff of lime can cause flashbacks in an old sailor who has suffered a timelime accident.”

The cook nodded. He said, “I will remove all lime and lime-related items from my pantry. I promise not to make that mistake again.”

The captain twinkled at him. “Good lad. Now off you go. I still need you to cook me dinner.”

As he walked back to his kitchens, the cook wondered whether or not he had just been submitted to an elaborate hazing ritual. What would be next?

The next day, the first mate informed him, “It appears that the strawberries in last night’s desserts acted as an aphrodisiac for the alien crew members from the Discworld system. They are all pregnant, and they are claiming you are at fault.”

The National Motor Museum Trust at Beaulieu has won the 2017 Collections Trust Award for its Keep CALM and STEAM Ahead project. The award recognises the achievements of those who manage museum collections – the teams who are often behind the scenes and whose work can go unnoticed. This year the award celebrates projects that […]

I’ve never been one for fashion; self-expression in the form of clothing and exterior, bedecked with personalized accoutrements hasn’t been “my thing” but… these photos of “steampunk” outfits really appeals to me (courtesy of “pinterest”). Daily Prompt: fashion