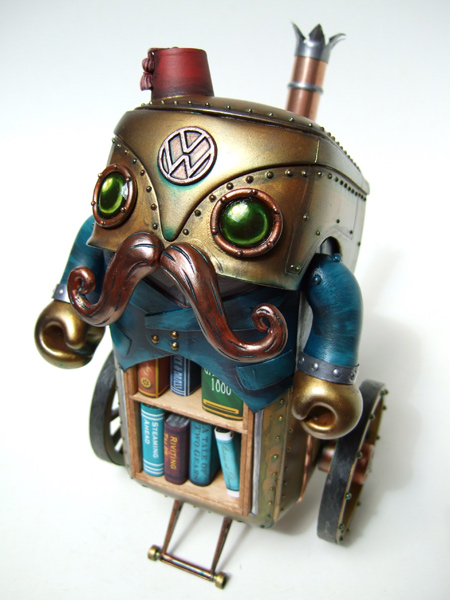 Why is it that we expect robots to develop Artificial Intelligence (AI) and not our coffee machines? Or our cars? 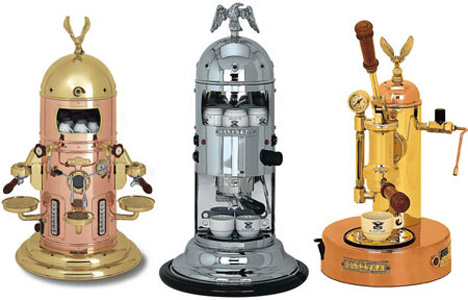 Self-driving car – is that not the sweetest baby face? Clever marketing!

Thinking machines are years and years away from thinking like human beings, and they may never think like human beings. Tarnation – even the best scientists on the planet can’t tell you how human beings think. Not really. No matter what they may claim. All that a robot can do is mimic the behaviour of a human being – they are superb actors and actresses. 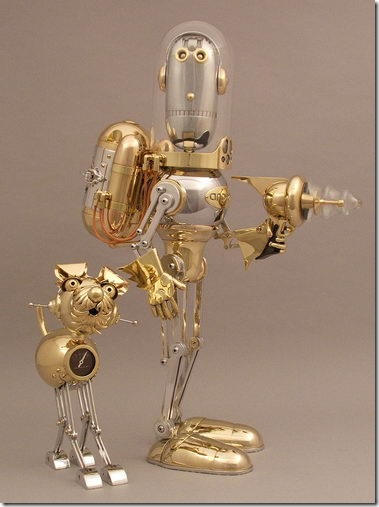 Human beings are programmed to recognise human beings (I’ve brought this up before). With robots, we seem hell-bent on discovering the ghost in the machine. As a writer, this makes my job both easier and harder. It is easier because my audience will work with me to construct a personality for any robot I might invent in a Steampunk narrative. It is harder, because if I attempt to make my robot think in unique and alien ways, the audience might misread it as sinister or aggressive, even if that isn’t my intention. 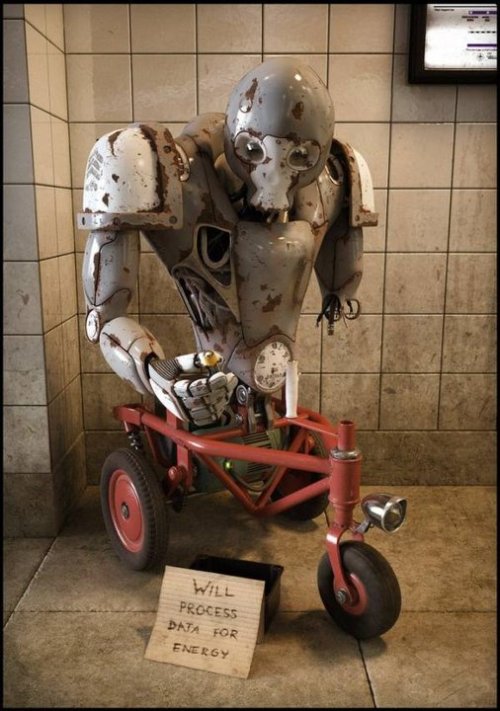 So, how do we (as writers) avoid anthropomorphic personification of android and gynoid robots? Just because a machine has a humanoid shape, it shouldn’t mean it has humanoid emotions or concerns, and we should try to figure out what motivates the robot. Is it a logical and rational thinking machine? (By-the-bye, being logical doesn’t automatically make you cold or emotionless, like Spock.) Does your robot have a very narrow area of interest, like a satnav or a laboratory analytical machine? How is it powered, and does it need to power down on a regular basis. Is it autonomous or does it report back to a central controlling machine? Don’t just slap a human being into a tin suit and call it a robot!