Climbing back into the Saddle

I’ve not been doing much writing over the last month. Normally, if I’m not writing, I am on edge. Itchy.  Like a small child who is overtired, I tend to forget things; things like appointments, the right words, and I leave cups of coffee to go cold. I’ve been a bit like this, but sadder and out of sorts. Melancholy. I still cry when I remember my brave-hearted mother is dead. 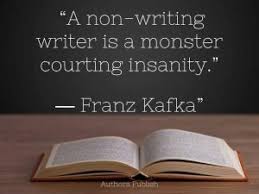 This week, I made the decision to cimb back into the saddle. I won’t be galloping just yet, but I’m going to try a gentle trot, and get back into my writing rhythm. I’m using riding metaphors because I am doing some writing about the Duke of Wellington. He rode his steed, Copenhagen, for seventeen hours during the Battle of Waterloo, and when he dismounted the animal tried to kick him in the head. Let’s hope my muse doesn’t do the same!

Filed under writing, Writing Career, YA Work in Progress

Update on the Steampunk Work In Progress “Well, in our country,” said Alice, still panting a little, “you’d generally get to somewhere else—if you run very fast for a long time, as we’ve been doing.”

“A slow sort of country!” said the Queen. “Now, here, you see, it takes all the running you can do, to keep in the same place. If you want to get somewhere else, you must run at least twice as fast as that!”

To be completely honest, I’m frozen at the moment. I have so much work I need to do, after the slash and burn of the first three chapters, I’m scared I will ‘ruin’ what I have left, even though I know I had to get rid of the fatty, useless info dumps, and put a fire under the slow build up.

I’ve been doing extra research, which won’t be wasted, but it is really just avoidance behaviour. I work on other things to fulfill a sense of achievement. I’ve applied for a couple of dream jobs right out of my reach (they can only say ‘no’). I’ve even gone and cut off all my hair – usually a sure fire method to perk up my muse (it didn’t, but I look amazing). But I still feel like my Alice is running the Red Queen’s Race. I’ve been doing a lot of work without really feeling like I am getting anywhere.

So, I’m taking my own advice. I am going to step back for a couple of weeks, and give myself a chance to catch my breath. It won’t stop me from thinking about the WiP, but it will give my muse a busman’s holiday. With any luck, I will be able to jump back into the narrative with renewed enthusiasm.

One of ‘those’ days…. a Steampunk Perspective

I need Epsom salts for my brain. I’ve been wrestling with cutting the first three chapters of my Steampunk Work-in-Progress, and I am feeling overwhelmed at this moment in time. How listening to the Muse can be hazardous to your mental health.

A couple of days ago, I had a very restless night’s sleep, and I am convinced this was due to my muse was working overtime. When I woke up, I knew that I had to cut the most of the first three chapters of my Steampunk novel, because they are really just backstory. My muse didn’t just want me to kill my darlings, he wanted to go on a killing spree.

My daughter frets that I am suffering from some sort of multiple personality disorder when I start raging against my muse like he is a real person. She doesn’t understand that he is a metaphor for that part of me that – while attempting to make my writing better – also makes for a lot of extra work. This time, he nearly went too far, except for the fact he is making a lot of sense. The start of my novel is just scene setting, with only minimal action. This would lovely if I was writing a big ‘L’ Literature novel, but is inexcusable in a YA novel, where the adventure should start on the first page. It isn’t that young adults don’t enjoy some scene setting, but I realize I was being self indulgent using 30,000 words that might be better spent pushing the plot along.

My muse can be a harsh taskmaster.

You ignore your muse to your own peril. If you stop listening to what drives you to write, it might dry up and cease working at all. And that would be a real nightmare.

Iron in the Soul: Steampunk Protagonists

Go the good guys, even if they are girls.

A Protagonist is your heroine, the character who is going to save the world, often at expense of her or his own happiness. A protagonist need not be a human being, but this article is going to be about human protagonists, as analogues for the forces for good. Non-human protagonists and Anti-heroes will be covered in later posts.

in mainstream fiction, it can be harder to write a well-rounded protagonist than a villain. Villains can be fun to write, because they are often more quirky or eccentric than the protagonist. In Steampunk, this need not be the case. After all, the Victorian era was the Age of Eccentricity, and there is no reason why a mad – or sane – scientist can’t be the protagonist. In fact, I would encourage the use of the Scientist as Protagonist, as an analogy of the benefits of technology and innovation.

I would nominate Doc Savage as the epitome of the Scientist as the Protagonist, as he was both intelligent and heroic, even though he isn’t really a Steampunk character. His major flaw is the fact that he is too perfect, wa-a-a-a-ay too perfect, to the point he is a Marty-Stu. In fact, it could be argued that his ‘perfection’ should have worked against him, alienating the audience, except his redemption is in his team of friends. Every one of his team are scientists, but they are allowed to have the flaws that Doc doesn’t exhibit. And then there is the token female, Pat Savage, who is really just Doc Savage in woman form.

If I wrote a Steampunk version of Doc Savage, some of his team of scientists would be women, and Doc would have a few real flaws of his own, and not the kind of ‘actually virtues’ flaws. You know , those flaws that are like ‘I am too kind to kittens’, so aren’t really flaws at all. A too perfect protagonist doesn’t help the plot, because they don’t suffer from a lack of confidence, and the audience knows they will win out. Of course you want the protagonist to win (or do you?), but you won’t have much of a story if they win too easily.

In my own Steampunk Work-in-Progress, my protagonist is a scientist, a woman Biologist whose main interest is Botany. She has a female assistant and a female guardian (her parents are missing, presumed dead … but are they?), and the rest of her ‘team’ are her bisexual best friend – a young man based on Oscar Wilde; an Australian inventor who is her Romantic Interest and friend; and a young gentleman scientist who rivals the Romantic Interest for my protagonist’s affections. Her obvious flaws are her obsession with being right, her bitterness against the Patriarchal establishment that won’t recognise her research, and a confusion as to what her heart wants. She is a redhead, but she doesn’t have a temper!

She has iron in her soul. She has had to be strong after the loss of her parents, and she isn’t willing to subjugate her scientific genius because of her gender. Life is going to temper her iron into steel. She is my analogy about the benefits of science and innovation; ignorance and intolerance are her enemies.

A Steampunk protagonist need not be a scientist. They can be an airship pilot, a plucky girl, an explorer, but they still have to conform to the genre. They will have to interact with gadgets. I would prefer their interactions be positive, as a pro-science discourse is the aim of Science Fiction, unless you are writing a about an industrial dystopia. But don’t let my preference restrict you. You are the author of your protagonist and their fate.

Update on the Works-in-Progress

Tomorrow I will find out if I managed to get a story into the Unfettered Anthology being put together by Tiny Owl Workshop. I may have no fingernails left by tomorrow, as I really wrote my heart out for this anthology. I was very inspired by the artwork provided for that very reason. I wrote five stories, all very different in style: a traditional Gothic horror, a traditional fairy tale, an Absurdist piece, a humorous story, and a story written to mimic academic writing. Even if none of them were accepted, I am still very proud of all these stories. They may find their way to other markets.

I am currently writing another short story for a different Tiny Owl Workshop anthology: The Lane of Unusual Traders. Over the weekend, I spent time playing with the conclusion and my muse came up with something I think it quite clever. I will be working on that today.

A third short story, aimed at a Dieselpunk anthology, is currently ‘resting’. I am not happy with its conclusion and so I’m giving the muse a chance to ponder.However, I do love one of the characters so much I’m thinking he may pop up in other work.

As for the editing of the Steampunk novel … I haven’t done much this past week. I hope to remedy that this week. The sorting out of the complex scene exhausted me somewhat. I’m still not a hundred percent happy with how it flows, but it is flowing a lot better. I’m going to take some of my own advice and ‘skip’ the scene for now and carry on with editing further along in the manuscript, rather than stay ‘stuck’ on this one scene.

Finally, there is my YA parody-of-paranormal-romance novel, currently in limbo. It keeps calling out to me. If only I were twins…