Kathleen Jennings would be one of the few people I would trust to get a ‘Wind in the Willows’ sequel right, because of her dedication to her art.

This is the second process post for my illustrations for Kij Johnson’s The River Bank (from Small Beer Press). The previous post was on my first response.

The next stage of the illustration process was to work out the style I wanted to use, and the character design.

I’ve always adored E. H. Shepard’s illustrations for The Wind in the Willows. Many many other great artists (Shepard was the fourth, and Arthur Rackham followed him) have illustrated Kenneth Grahame, but for me, Shepard most perfectly captured the gravitas and pomp, the comfort and homeliness of Grahame’s little folk. 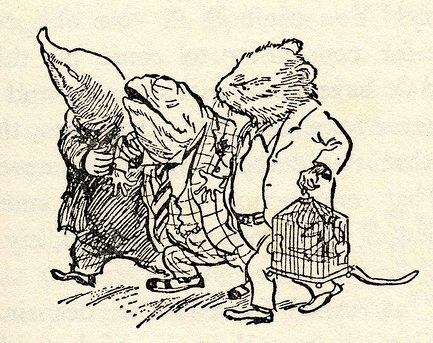 E. H. Shepard (you might also know his art from such books as Winnie-the-Pooh)

If I were to illustrate The Wind in the Willows I would, I suppose, have to take an entirely individual approach. But because this was a sequel, I wanted to do what Kij Johnson achieved (with…