Some Thoughts About the Sexuality of Time Lords

“I think I’m going to need a bigger flow chart.”

– the Doctor in The Husbands of River Song. The reboot of Doctor Who has never been shy about sexuality or gender issues. The Doctor loved Rose. Captain Jack was unashamedly pansexual – he is attracted to everyone, and this makes him very attractive in return. Shakespeare was portrayed as being bisexual. Clara had a romantic relationship with the Late Georgian/Regency author Jane Austen – Jane was a ‘phenomenal kisser’ and they played pranks on one another. The newly married Ponds were happy to don dress-ups as part of their sex play. The Husbands of River Song gave us an insight into the sexuality of both River and the Doctor – far more so than the Master/Missy interactions of the past two seasons. 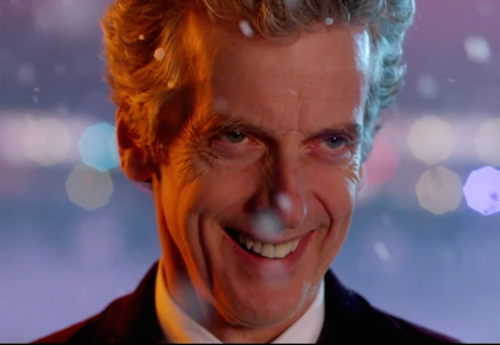 You can’t tell me that that isn’t a lascivious look.

At one point, River lists Doctor’s other wives (that we know of). River mentions Elizabeth I, Marilyn Monroe, whose marriage proposal he accidentally accepted whilst at a party in A Christmas Carol, another Christmas special, and Cleopatra, who River posed as in The Pandorica Opens. They both have been married to Stephen Fry (lucky Stevie!). And River makes mention of her wives. Time Lords (and River has Time Lord DNA) must have a fluid gender identity and sexuality. I know a few people who have a problem with this concept. In the old series, the Doctor was asexual, except for the First Doctor who MUST have experienced some form of sexual reproduction to have a granddaughter. But the beauty of a long running series is that you can allow your characters to change and grow. We knew the Doctor was changed when he developed his deep emotional bond with Rose. Surviving  a war and the genocide of your species might have that effect.

Time Lords might resemble human beings, but there is no reason why they have to share the same human obsession with sexuality and genders. To me, what is much more important is that they love each other in the same way as we human beings love each other. Love defies barriers and defines us. River might be looking forward to seeing the Doctor’s new incarnation all over, but it isn’t the sex that defines their relationship. It is the love.

Filed under Doctor Who, Gender and Sexuality, Review, Uncategorized

Tagged as Doctor Who, Gender and Sexuality, Review

3 responses to “Some Thoughts About the Sexuality of Time Lords”