The Arts and Crafts Movement; a Steampunk Writer’s Perspective

The Arts and Crafts Movement was both a rebellion against the age of industrialization, with its machine-made production of household furniture and items and a social rebellion against economic commercialization of artist and the craftsperson. The movement wanted to return to a time when individuals designed and made the items that filled a house, and was inspired by a rejection of the overly fussy and artificial styles of the mass-produced mid-19th household items. Just about every visual art movement claims that function should follow form, but they all have different ways of interpreting this ideal.

Proponents of the Arts and Crafts Movement felt manufacturers ignored the qualities of the materials used. As you might guess, this movement relates to the Pre-Raphaelites, the Neo-Romanticism art movement, and Art Nouveau movement, and in itself inspired the Art Deco movement with its inspiration from machinery and industrial motifs. The philosophy of the Arts and Crafts movement derived partly from Ruskin’s social criticism, which related the moral and social health of a nation to the qualities of its architecture and to the nature of work.

Like many visual arts movements,Arts and Crafts was inspired by traditional craftsmanship using simple forms inspired from nature. As well, the art should reflect the form of the item it was decorating. Wallpaper was flat, so the imagery should be flat. Cupboards are three dimensional, so they can have three dimensional decoration. A house is three dimensional, but full of flat surfaces like floors and walls, that need flt designs.

William Morris was THE English textile designer, poet, novelist, translator, and socialist activist, and the main driving force behind the Arts and Crafts Movement. In 1861, Morris founded a decorative arts firm with the artists Edward Burne-Jones, Ford Madox Brown, & Dante Gabriel Rossetti, civil engineer P. P. Marshall,  mathematician Charles Faulkner, and architect Philip Webb: Morris, Marshall, Faulkner & Co. The firm became highly fashionable and much in demand, and influenced interior decoration and fine arts throughout the Victorian period. In 1875, Morris assumed total control of the company, which was renamed Morris & Co. These days, Morris is probably best known for his textile designs, as there has been a revival for Victorian influenced fabrics and furniture (with Goths and Steampunks especially).

Though it started in England, the Arts and Crafts Movement soon spread to the rest of the world. America embraced the movement as an art movement and a social movement. Working class people all over the world were given the opportunity to learn new crafts, to increase the pool of artists and craftspeople making handmade furniture, pots, textiles, and just about anything else needed. 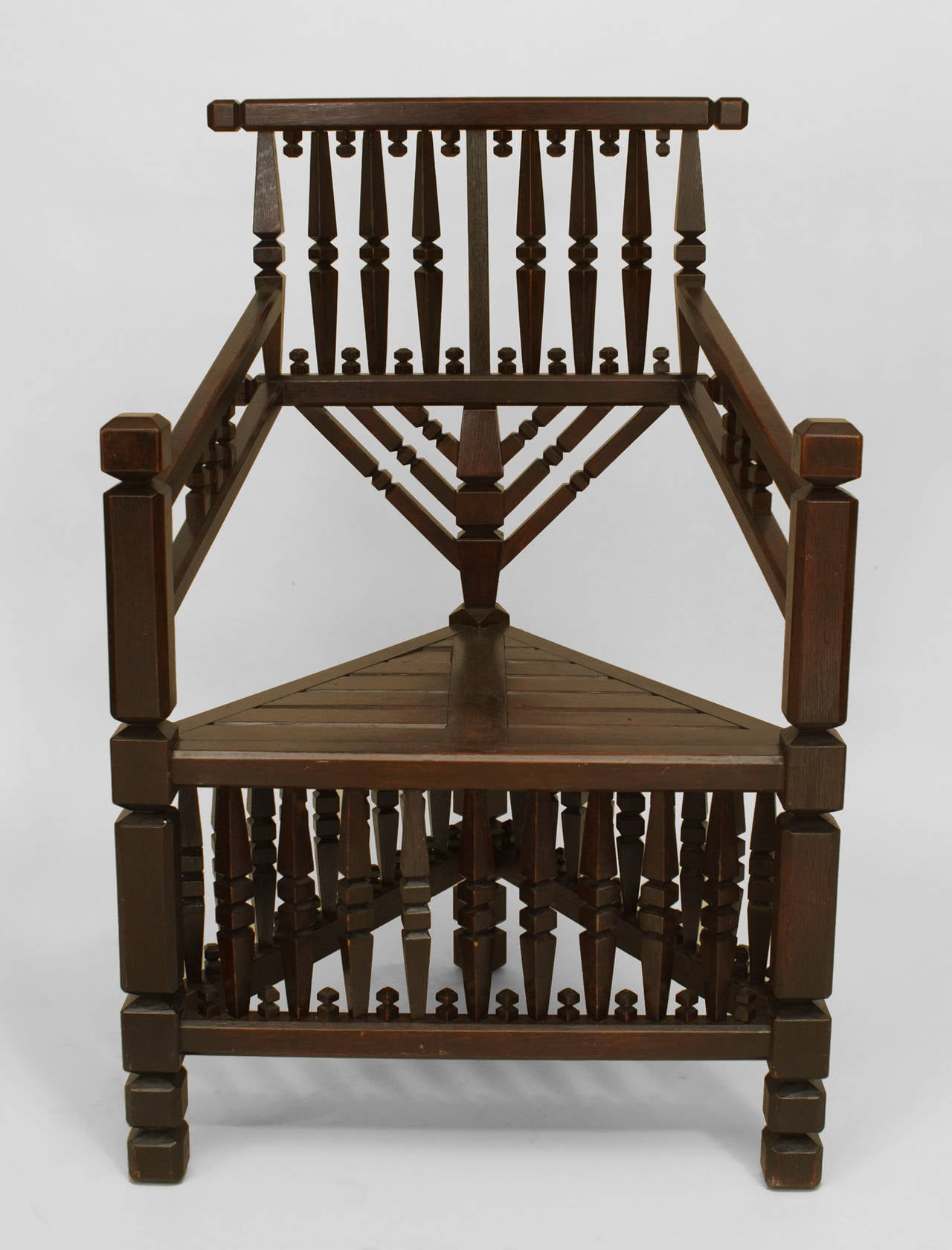