The Pros and Cons of Anthropomorphic Personification; a Steampunk Writer’s Perspective 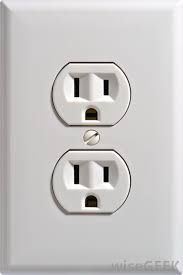 When you look at these two sockets, what do you see? A majority of human beings will see duplicate looks of horror or shock, even though these sockets have no actual emotions. That is because humans beings are very good at seeing other human beings; we’re programmed that way. And we are very good at seeing patterns. But these two abilities together, and human beings tend to see human behaviour and emotions where they don’t exist.

Don’t I look noble and proud? Really, I’m just looking out for my next meal. I’m just as goofy as the next bird.

Of course, it is this ability that works on the side of artists, cartoonists and writers, to create the illusion of humanity. As a writer, I know I can make a reader relate to my character by giving them a list of traits and emotions for them to respond to, even though that character is just a fiction. Terry Pratchett was the all time master of this sort of characterisation, just it wasn’t a magic trick that only he could do. But understanding the process makes it easier to emulate.

This is just a bunch of squiggles and yet it has plenty of meaning to a human being (or Opus).

In a Steampunk narrative, anthropomorphic personification is what makes the robot butlers come to life. However, this is not a genre for getting carried away with this tool in your writer’s kit. This is a genre that draws its verisimilitude from a solid grounding in science. If someone is referring to their steamcar as ‘Mary’ and uses female pronouns when speaking of her, make sure it very clear if the steamcar is actually sentient, or if that this is just an affectation of Mary’s driver. That last thing a writer should do is create confusion instead of clarity.

Where animals are concerned, human beings always tend to attribute human thoughts and emotions to them, particularly their pets like cats and dogs. Again, always make it clear if the pet is actually the originator of any witty sayings or felt emotions, rather than their owner. I know I tend to have an ongoing conversation with my cat, where I provide his side of the dialogue as well as my own. If I was writing these conversations down in a story, I could make Felix a talking cat, but it would be a better way of expressing the character of the pet owner (me).

As an example, I refer to Felix as ‘my little man’, because he looks like he is wearing a tuxedo. My daughters refer to him as ‘Tiny Satan’ because he enjoys tackling people and has yet to learn to not use his claws. My children think he is plotting world domination through intimidation. These are both forms of anthropomorphic personification, and they tell you more about the people than the cat (who is just being a cat).

As a tool for building a setting, anthropomorphic personification can make the wind howl, a storm rattle tree branches angrily, or have the sun smiling down. It is the human beings within the setting who will be interpreting the weather in this way. Take care to make that clear to the reader.

Anthropomorphic personification is one of my favourite tools in my own kit. You can have a lot of fun with it. And my muse approves…

One response to “The Pros and Cons of Anthropomorphic Personification; a Steampunk Writer’s Perspective”