The Tragedy of Female Scientists Dying Before Their Time

Ada Lovelace died at the age of 36, the same age that her father, Lord Byron had died. She passed away from uterine cancer on the 27th of November, 1852. She is famous for being the first computer programmer, working algorithms for Charles Babbage’s Analytical Engine. Because she died so young, she was shorn of the possibility of having even greater achievements. 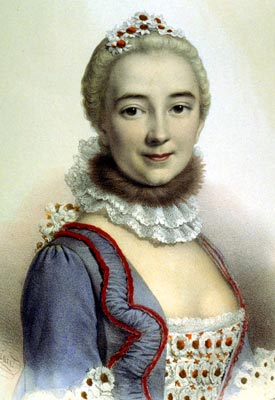 Pregnancy and childbirth were chancy for women in the 18th century. On the night of the 3rd of September, 1749, Émilie du Châtelet gave birth to a daughter at the age of 42. She died but a week later, from pulmonary complications, probably brought on by post-partum fever. Émilie du Châtelet was a French mathematician, physicist, and translator of scientific texts, as well a scientific commentator, writer and – incidentally – the lover of Voltaire. There really isn’t a scientific field she didn’t make an important contribution to in some way or another. Her early death robbed the world of a brilliant mind with still so much to offer.

Emmy Noether has been described as the most important woman ever to enter into the field of mathematics. Her fields of expertise were Abstract algebra and theoretical physics.In April 1935, her doctors located tumours in Noether’s pelvis, which included a large ovarian cyst. She died from a post-operative fever after the cyst was removed. She was a mere 53 years old (my current age).

Rosalind Franklin and one her images of the double helix pattern of DNA.

Rosalind Franklin also died of ovarian cancer, at the shockingly young age of 36. Franklin was an English Chemist and X-ray crystallographer. who was one of the team who discovered the double helix structure of DNA. She was robbed of her Nobel Prize by her early death, and Watson and Crick attempted to downplay her role in the discovery. Read Watson’s book, The Double Helix : A Personal Account of the Discovery of the Structure of DNA. Reading between the lines, you can see he and Watson were absolute arseholes to Franklin, though Watson did go on to admit he was wrong about. Crick’s portrayal of Franklin in The Double Helix was even more negative; inferring that Franklin was unable to interpret her own DNA data. One wonders what might have happened if she had lived to defend her reputation.

All of these genius women were killed by diseases relating to their femininity. Until quite recently, ‘women’s problems’ were not studied in any depth. Most doctors were male, and couldn’t properly examine a modest female patient. If these women were alive today, it is possible they would have lived much longer, productive lives. As if being a woman in STEM isn’t hard enough…