Rational Dress: Victorian Dress Reform from the perspective of a Steampunk Feminist

“A fashion is merely a form of ugliness so absolutely unbearable that we have to alter it every six months!”    Oscar Wilde 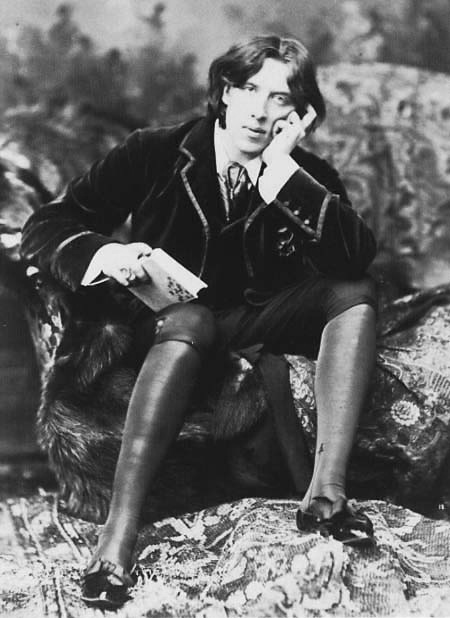 Oscar Wilde in the male version of Artistic Dress

Rational Dress Reform was a movement that wanted to see women’s movement-restricting clothes of the Victorian era replaced with modest clothing that allowed for comfort and promoted health. The main proponents of dress reformists were largely middle-class women involved in the first wave of feminism, in both the United States and in Britain. This movement was most active during the 1850s through to the late 1890s in the US, and from the 1880s onwards in the UK.

From a modern viewpoint, the Rational Dress Reform movement seems to make perfect sense. Heavy skirts, worn over petticoats, and worn over crinolines or bustles, their hems dragging along the ground, were both unhygienic and fire hazards, and difficult to keep clean, even when using skirt raisers. Tightly laced corsets compressed the internal organs and made it difficult to breathe freely enough to take part in any strenuous activity. A modern person would think, “Of course women want fashions that would allow them freedom of movement.”

William Powell Frith’s painting of 1883 contrasts women’s Aesthetic dress (left and right) with fashionable attire (center) at a private view. Detail of ‘A Private View at the Royal Academy, 1881’.

It wasn’t that cut and dried. Dress reform was claimed to immoral and unfeminine by its opponents. Rational Dress Reform was being proposed at the same time as the Artistic Dress Movement was taking place, and both were tarred with the ‘scandalous’ brush. The Artistic Dress Movement was more about fashion and art than freedom and civil rights; rejecting the highly-structured and heavily trimmed Victorian fashion trends in favour of beautiful materials and simplicity of design for Art’s Sake. Truth and Beauty are all very well, but what a suffragist or suffragette wanted was equal rights and the ability to run without tripped by skirts. 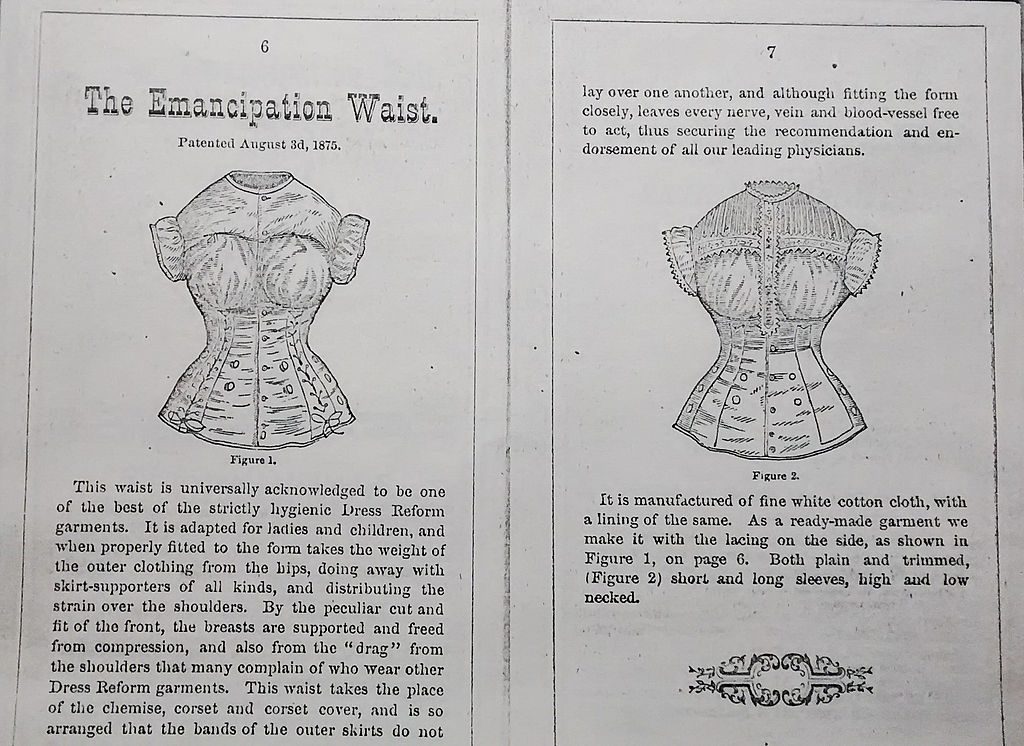 The Bloomer Suit, as explained in the previous blog, as one of the alternatives on offer from the Rational Dress Movement. This was a pair of voluminous trousers worn under a light skirt. Then there was Lady Harberton, who did away with the skirt and just wore the bloomers. These items of clothing were not in any way form fitting, but they were still considered highly improper. The women were bifurcated! You could see they had LEGS! Religious leader bleated about the immorality such clothing would encourage. Political leaders saw a weakening of family values as women abandoned their families to live ‘aping men’. The whole social structure of the Western World trembled because women wanted to wear sensible underwear and not corsets.

Lady Harberton. You can see the shape of her ankles!

As more women decided to take up sports like bicycling, rowing, and hiking, athletic women started wearing short jackets with culottes or divided skirts. Thanks to the decades of work by the Rational Dress Movement, these outfits were met with less hostility as the 19th century drew to a close. But not always; Lady Harberton was refused entrance into a respectable hotel in 1898, because of her outfit. By the time of WW1, mainstream fashion has accepted and internalised the concept of rational dress.

It may seem strange that fashion could be such a political issue, but rational dress was entwined in the women’s rights movement. It was generally women’s rights advocates and suffragists that were pushing for dress reform. The Rational Dress Movement made some headway during the 19th century, but overall it didn’t have a huge impact on fashions in the Victorian era. At the same time, women still didn’t have the vote. The dress reform movement did lay the groundwork for when women finally did achieve the vote and greater legal rights, and began entering the public arena, for these women were able to choose to wear tailored suits with much lighter undergarments. And no one was able to a single thing about it.

8 responses to “Rational Dress: Victorian Dress Reform from the perspective of a Steampunk Feminist”