The Toast Sandwich: A Steampunk Feminist’s Speculations on the Peculiarities of Victorian-era Cuisine. 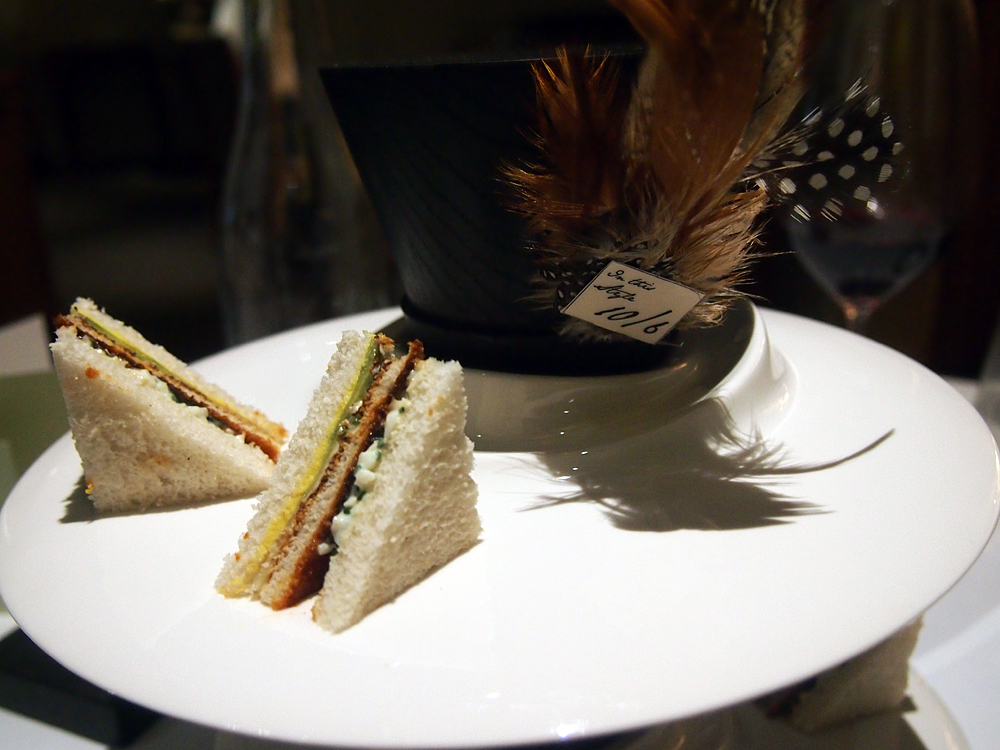 As a child, I wondered about the attraction of cucumber sandwiches as part of a posh English tea time treat. I mean … cucumbers are rather flavourless compared a lot of other sandwich fillings, like egg and lettuce, cheese and chutney, ham and tomato, or even just sliced tomato. Then, as I got older, I realised it wasn’t so much the sandwich itself that was posh, as what it represented: thin slices of white bread, hot-house cucumbers, the crusts cut off … all very prissy and lacking in nutrition. No red-blooded female would enjoy such fare, only the effete and the aristocracy. Cucumber sandwiches were symbolically used in novels, plays and movies to identify upper-crust people, occasionally in a derogatory manner. Everyone knows the crusts are the best bit of a sandwich.

And then, today, I came across the concept of the toast sandwich, a piece of buttered and seasoned thin toast between two slices of thin bread. The recipe was originally devised by Mrs Beeton in 1861, for those times when a family was short of funds. This was not a dainty dish for enjoying with a cup of tea; this was an austerity recipe. (Mrs Beeton wrote the most famous cookbook of the Victorian era, Mrs Beeton’s Book of Household Management.) So, I toddled off to try it out for myself, except I have no ‘white’ bread, only multigrain. It tasted like salty, peppery bread and toast. Bleagh. I could only eat a few mouthfuls. I plonked some jam on the toast (which went surprisingly well with the salt and pepper) and turned the buttered bread into a cheese and tomato sandwich.

I was reminded of the Patrician’s recipe in Terry Pratchett’s Nanny Ogg’s Cookbook. I can imagine the Patrician letting his hair down and having a toast sandwich on his birthday.

However, times have moved on. The toast can be flavoured by a multitude of different sauces and mustards and mayonnaises. The sandwich may even include a salad. The most famous of these modern versions is sold as part of a Mad Hatter Tea party in Melbourne, Australia. These versions of the dish are not priced for the austere wallet.

Food is always a great method for adding interest and depth to a setting or characterisation. What a person eats can tell you a lot about them; my protagonist in my Steampunk work-in-progress loves fruit and vegetables, which is quite out of place in Victorian times. In this manner, I underline her differences to the average person of her time. A person who eats a toast sandwich for lunch is obviously hard up for a sixpence, while someone who eats cucumber sandwiches will be likely to have a mess of pottage. The same person who eats cucumber sandwiches at tea will have a supper table groaning with dishes, all with a named meat.

We are what we eat.

3 responses to “The Toast Sandwich: A Steampunk Feminist’s Speculations on the Peculiarities of Victorian-era Cuisine.”