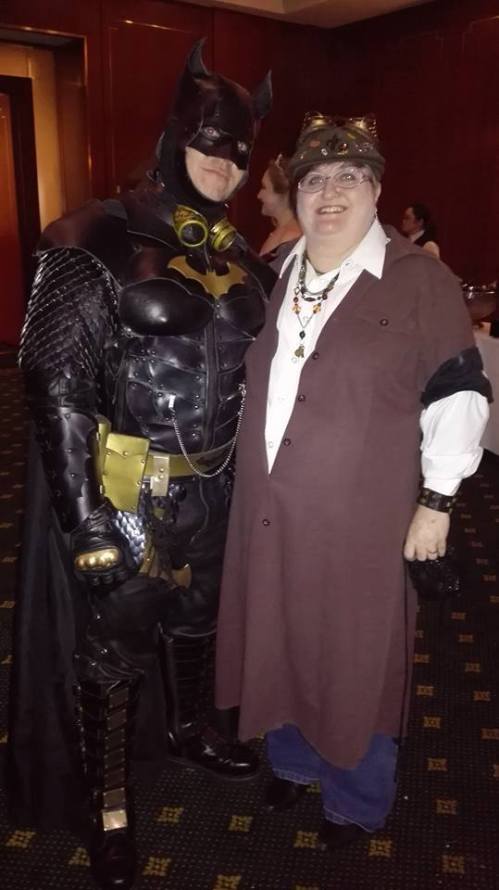 First image online of me at the ball: with Steampunk Batman 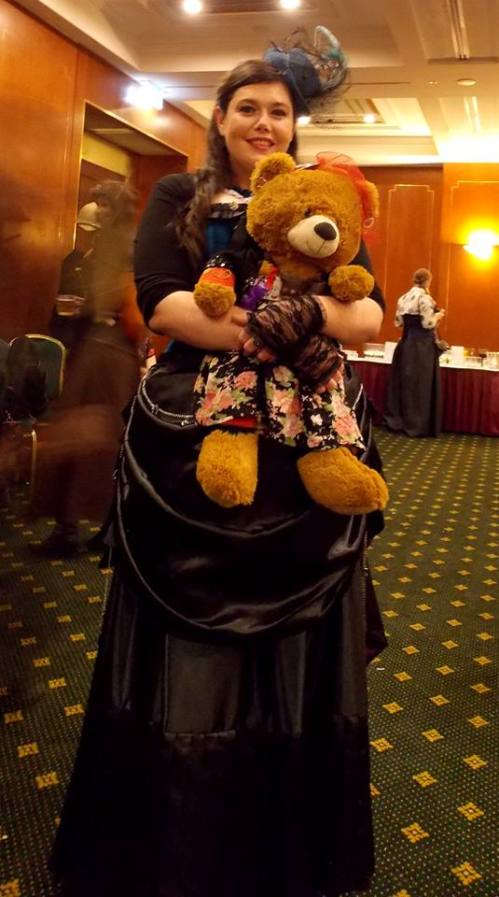 Winner of the Steampunk Ball Door Prize: The bear is now Andromeda Brown. 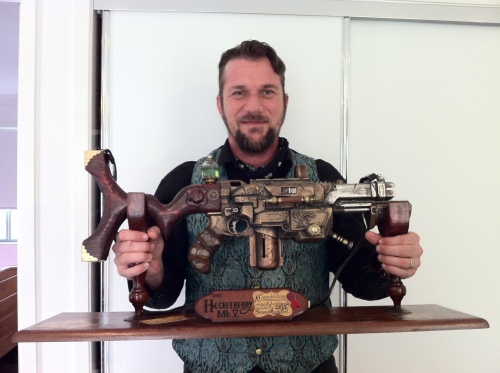 The Huckleberry Mark V – with creator. This was the auction item that went for the highest price on the night.

I would like to thank all the attendees on the night for making the event a success, and congratulate my fellow committee members for all their hard work. The official photographs will follow in the next few days.