As I’ve pointed out in previous articles, Western culture prefers duality and prefers to divide the world into two halves. The haves and the have nots. The good and the bad. The tall and the short. Everything in shades of black and white, with no grey areas, and certainly no colours! This makes creating conflict easy in a narrative that conforms to this world view. It is ‘us’ against ‘them’.

However, the world is not that simple. The situation behind your conflict has to be a little more interesting and ambiguous, unless you are writing a story for young to middle aged children. Older children and teenagers – young adults – are a much more sophisticated and savvy audience than even ten years ago. Go ahead and blame the Internet, but it is a trend that was well entrenched in our culture before the World Wide Web existed; previous generations have blamed rock music, television and comic books. As for an adult audience, they expect a multifaceted conflict, with issues and confrontations happening on more than one level of the narrative. 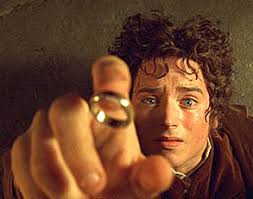 For example, look to Tolkien’s Lord of the Rings, which seems to be deceptively complex on the surface. On one level, it is a straightforward quest narrative, with plenty of battles and adventure. On another level, it is a retelling of the impact of the Industrial age and World War 1 on the culture of Britain. There is certainly a strong religious undertone to the trilogy; the eternal battle between good and evil. There are flawed protagonists, however, the antagonists have no redeeming qualities. There is a vague theme of anti-intellectualism – which is very odd when you remember Tolkien was an academic. Conflict arises from all these different aspects and none of it is ambiguous. All this trilogy’s conflict is from a difference in ideologies – and they are pretty black and white. Natural and Traditional = Good. Innovation = Bad.

Big ‘L’ literature critics would argue that Science Fiction and Fantasy can’t have the same sort of complexity as Literature. I would argue that they are talking through their hats. The Handmaid’s Tale, The Left Hand of Darkness, The Cloud Atlas, and even Shaun Tan’s The Arrival, all display the complexity of conflict that is supposed to separate Literature from genre fiction. Ursula LeGuin’s The Left Hand of Darkness has conflict created by gender issues, conflict by race, conflict by differences in utilisation in technology, conflict by religion, conflict by politics and conflict by communication. Now, you can tell me that isn’t complicated! On top of all that, the issues don’t have clear cut good and bad points. Like real life, is it messy. What might be right and good for one person isn’t for another.

Your average teenager has a pretty good idea about gender issues and the rest, simply because they watch the news and talk with their friends – including friends on the opposite side of the planet they have met through social media like Facebook and Tumblr. And boy, they can be just as opinionated as any adult. So don’t try to ‘dumb down’ conflict in a YA novel. They can handle it.

So, try not to fall into the ‘us’ against ‘them’ cliché when you are setting up your conflict to push the plot along. It might be an easy way to create a conflict, but it is also a lazy method. There is more than two kinds of people on the planet.