Not every Steampunk adventure needs to be set upon an airship or in a laboratory. In fact, I would encourage using a range of settings to give added texture to the storytelling. The Vicwardian era had a lot of places that don’t have an equivalent in today’s society. As shown in the picture above … when was the last time you visited a burial vault? Or even seen an example of a proper Victorian drawing room? 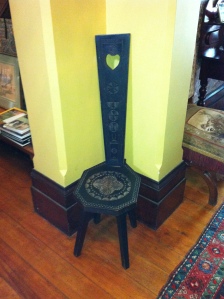 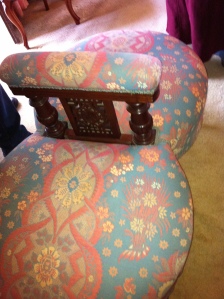 Even the furniture was different. The Victorian believed that there should be a tool for every job. This meant they made special furniture for everything. A chair just wasn’t a chair. There were reading chairs for libraries, armchairs, sofas, chaise longues, day beds, piano stools, a special chair used for carving a roast, desk chairs, lovers seats, grandfather chairs and grandmother chairs, commodes, dining chairs, nursing chairs, slipper chairs, bedroom chairs, hall chairs, high chairs and the list goes on and on. So, when you are describing a ‘standard’ room in a ‘standard’ house, there will be unfamiliar items in the décor. You can’t take it for granted that a Steampunk bedroom – even without taking any gadgets into account – looks like a modern bedroom.

Everything will seem overdecorated to modern eyes. And garishly coloured. This was an era when wallpaper hit the bigtime. This was the era of the curiosity cabinet and the whatnot. You think your Great Aunty Edna’s house is cluttered? You should have seen her grandma’s house! 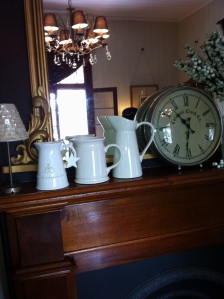 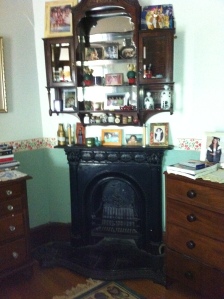 The Steampunk literary genre isn’t a modern story with cogs glued on. A correctly constructed setting will give your characters the perfect frame for their adventures. Think of your setting as another character in your scene, and give the setting its own ‘dialogue’.

2 responses to “Adapting Victorian Settings to the Steampunk Genre.”